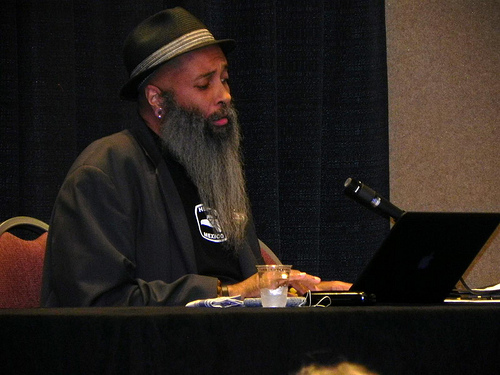 The recipient of numerous awards and honors, Farajajé has pioneered work that helps faith communities of color shape compassionate responses to the HIV/AIDS pandemic. His approach to the study of Islam is grounded in postcolonial/Diaspora studies, cultural studies, critical theory and digital media. He brings these hermeneutical tools to an investigation of the history of Islam and religious diversity, the study of the development of Islamophobia, questions of identity and diversity in Muslim communities, and helping create a field of Islamic Cultural Studies.

Dr. Farajajé was appointed in 2011 to the Editorial Board of the Abhishiktananda Desk for Interreligious Dialogue (Delhi Brotherhood Society) as editor of the books of Swami Abhishiktananda. Most of these books are currently out of print and are presently in the process of being republished in India.

Farajajé serves on the GTU Core Doctoral Faculty in the area of Cultural and Historical Studies of Religions and is the Senior Research Analyst at the GTU's Center for Islamic Studies.